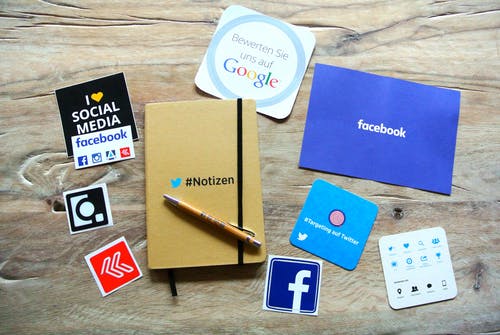 While the designs of famous logos are a large part of their influence, the colors are no less so. In fact, the colors of every successful logo are chosen after careful research and deliberation.

Many studies have shown that people, in general, have a thing for color. We can even confirm this phenomenon by looking at our everyday lives. If you can, recall a time when you were in kindergarten; everyone wanted the largest collection of color pencils or the biggest batch of crayons. That fascination has lasted over several decades, with colors evoking emotions, conveying branded messages, and adding brilliance to everything around. This begs the question, does color matter for logos?

The short answer is: It certainly does!

Logo colors can have an impact on why consumers prefer certain brands over their competitors. The preference is associated with color psychology. Also, the same colors can have two meanings depending on the cultural upbringing of certain demographics. For instance, the colors red and blue might instill feelings of loyalty and patriotism for people who have these shades in their national flag. For others, the most effective colors might be of a sports team they support or a shade that they connect with their history.

The deep meanings of colors are why a logo designer should choose their shades with the utmost care. if chosen correctly, colors with nuance the message and highlight the specific elements of their logos.

There are all kinds of colors that one may use in logos, but how do graphic designers make that decision? One way might be to choose colors according to their perceived meanings. Studies based on color psychology and previous market research show that colors might have the following meanings, especially when used in logos:

Blue: This color is often used in logos to convey the feeling of accountability, trust, and responsibility. Big companies leverage this particular color in their logos, especially if their work depends on instilling trust in the customer. These might be insurance companies, banks, or even publishing companies.

You would also notice that blue shades are popular amongst social media companies, who want to highlight that they’re a highly secure database for storing your personal information and encrypting messages. Think Facebook, Walmart, Twitter, and Microsoft. Of course, another reason for the Facebook logo being blue is that the founder has difficulty differentiating between green and red.

Orange: Orange is used by companies who want to appear friendly and welcoming to their audience. It is also used in logos for endorsing affordability and playfulness, especially if the target market includes children. Companies like Nickelodeon and Home Depot have relied on this color for several years to show their lighter and welcoming side. Several DIY enthusiasts visit Home Depot for making adjustments or renovating their households. Hence, the orange color is also representative of creativity.

Red: Red logos are associated with action, energy, passion, and excitement. Hence, it can evoke strong emotions. You’ll see the iconic color present in several popular logos, such as in the logo of Coca Cola. Sometimes it also used to increase appetite, which is why brands like KFC and McDonalds also use it in their logos. In fact, you’ll find that red, with an offset of yellow, is often used in logo design for companies related to food. They might also be present in food packaging and even restaurant décor. All this is because these colors have been proved to increase appetite and make us consume more in that setting.

Taglines like happiness can also accompany the logo for building anticipation. Ever noticed the red part of YouTube’s logo? It’s the play button, which encourages people to take action (press play on YouTube videos). You ould notice that the color red is also prominent in the Netflix logo and font.

White: White could showcase goodness, humility, trust, and innocence. However, these meanings are mostly found in North America. In other parts of the globe, white could have an entirely different meaning. For example, it might also have a negative perception that implies coldness and sterility. You might be able to have a successful white-dominant logo for a wedding dress shop in North America. However, white will mostly trigger a sense of mourning and grief for certain religions. In Hinduism, for instance, white is a color of mourning usually worn by widows and at funerals.

Overall, however, the white color is used to add contrast to digital and print properties. For examples, the white Adidas logo helps in building contrast on a black background. Several brands that use white as the main color in their logos will pair it with grey or black. In some cases, the white color can denote a negative space that tells a story. The FedEx logo, for instance, has an arrow in the space between the letters. This denotes the speed which the company is trying to portray to its customers.

Green: Green portrays harmony, balance, and nature. It gives people a clear direction right from the beginning, especially since it does a great job of balancing both emotions and logic. Green is also the most noticed color in nature that highlights rest, peace, and life.

Incidentally, green is also an indicator of growth, whether it’s in our wealth or in a physical item like a plant. Again, Americans would be more likely to associate green with money than other cultures would.

Brands like John Deere use green because their offerings revolve around nature. While it does have a few shortcomings (it can also portray materialism and over-possession), green makes a more positive impact than several other colors in a logo. This is also why many pharmacies will use green in their logos.

Purple: If there’s any color that indicates royalty through a logo, it’s purple. Purple logos highlight wisdom, superiority, leadership, and luxury. However, a logo or graphic designer should avoid too much of it to prevent frustration, as it could also be a sign of arrogance.

Ideally, logos should include a slight hint of purple in order to get the message across. Examples of brands that rely on this color include Hallmark and Yahoo. Both these brands put a variety of other colors along with their purplish logos to keep things balanced.

Marketing, designing, and advertising are essential tools when we want to make our company a success. In order to craft the perfect logo, it might be a good idea to look at some statistics surroundings the color of logos in general. While you might want to narrow down your further research according to your specific industry and audience, here’s what some general stats tell us:

What the Color Should Give Us

When choosing colors for our logo, we should know what we’re looking for. Ideally, the colors used in an effective logo should give us the following perks:

A dash of personality: Colors give rise to certain emotions and feelings. They help you instill certain thoughts in people’s minds without having to dictate to them through words. How would you like a potential customer to feel when the glimpse your logo? The answer will lead you towards the kind of colors you want to use.

Simplicity and directness: We don’t want to confuse the viewer with too many colors or too much going on in the logo. Take a look at the top brands today and see how simple they keep their designs.

Versatility: A decent logo should be able to work well on various surfaces and in different places. It should stand out equally on stationery, merchandise, television, banners, and several other mediums. Marketing materials are many and varied, so you want to make sure that your logo will translate properly on most of them.

Ready to Design a Colorful Logo?

When it comes to finalizing the color of your logo, you must experiment. You cannot tell in advance how your audience will react to your pre-selected colors without A/B tests to discover the combinations and designs that can generate the most brand affinity. To be as sure as possible, run a few weeks’ experiments on social media to see how people respond, and then pick the color or colors that received the most positive sentiment.